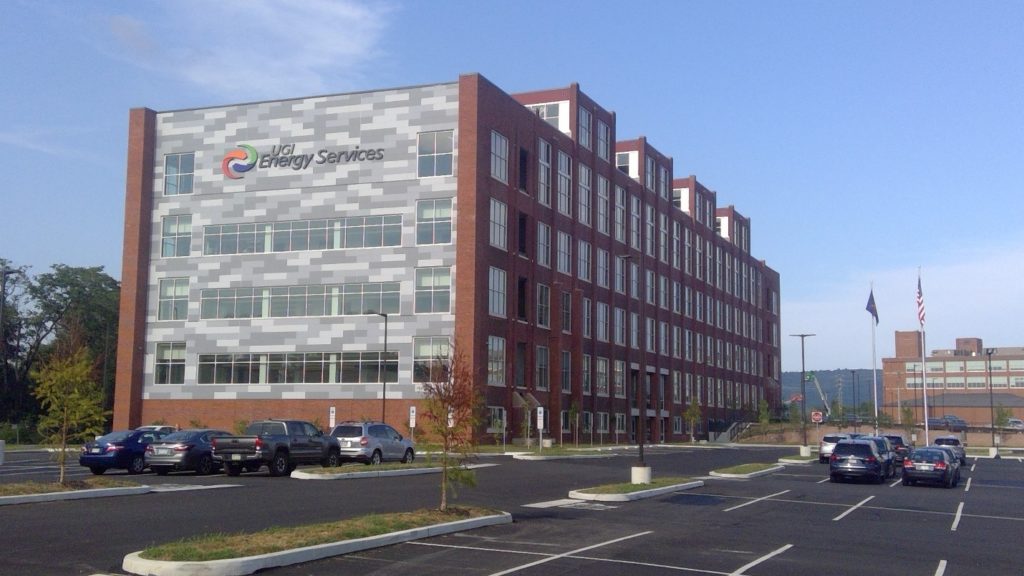 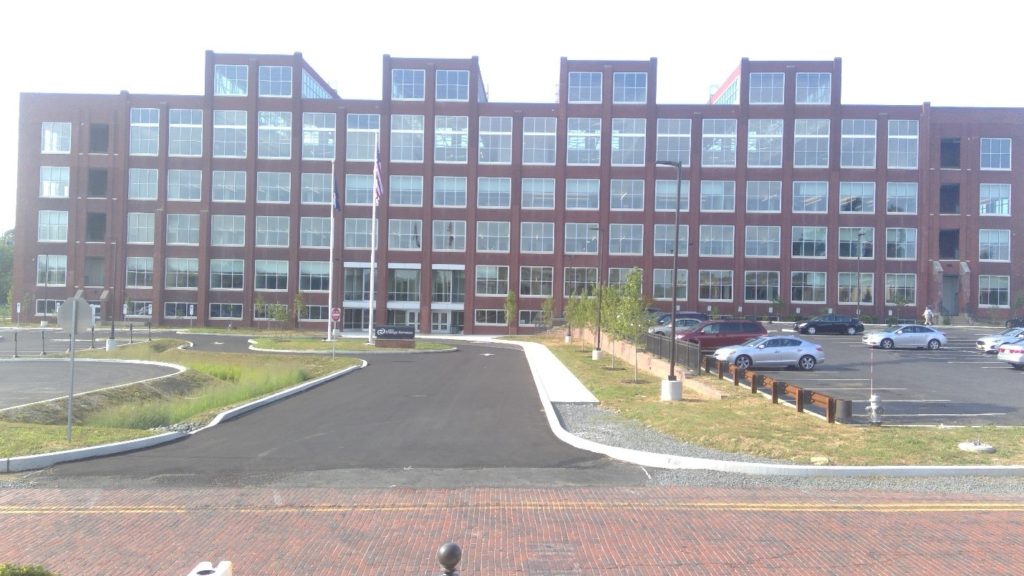 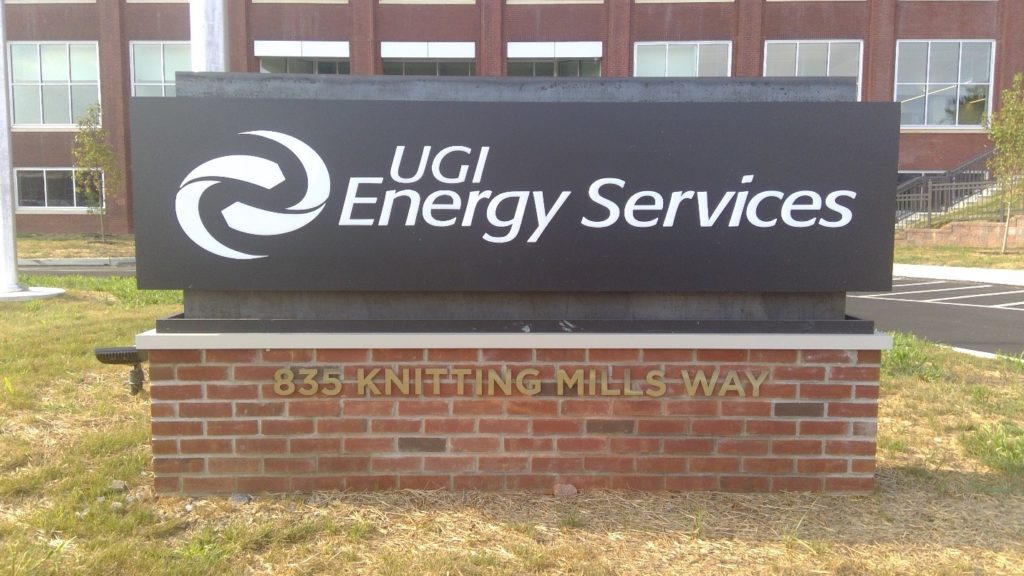 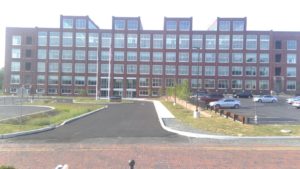 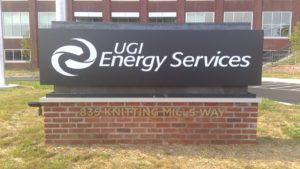 UGI Energy Services approached Binswanger to broker a lease of the Vanity Fair Outlet site in Reading, PA. Formerly the Berkshire Knitting Mills, the building selected was a 5-story, 146,000 sq. ft facility built in the 1920’s. In addition, Binswanger handled the project management of the reconstruction and tenant improvements. The campus featured thirteen properties of various sizes and the vision for the improvements required the demolition of some of the buildings and the reconstruction of others. Keeping the architectural integrity of the 1920s knitting factory while building new, class-A office components in the interior would require extreme care and expertise. To complicate matters, as the project began, UGI Energy Services experienced departmental growth that required eleven additional offices to be added into the 5-story plan.

Though the project was in flux at several points, a tight-knit team led to success overall. The project came together to accommodate the eleven new offices on the plan with a minimal cost impact to UGI Energy Services. As the construction moved forward, the Binswanger project management team was tasked with finding an additional five million dollars in savings for the tenant. Every detail was carefully reviewed by the team. In addition, several architectural accommodations were made after double steel columns were unexpectedly found during demo and the stair towers were revised in order to meet current fire rating standards.

UGI Energy Services moved into their new headquarters on time and on budget. They now have a beautiful and safe campus that pays homage to the deep history and respect the community has for the site – and it is the winner of a 2019 Building Berks Award in the office category. The building features a two-story entry lobby with grandstand style seating, an abundance of meeting space throughout the facility, central pantry and coffee stations where employees can gather during the day, open concept cubicle areas with abundant natural light, a daylight harvesting lighting system, and even a reception desk made of reclaimed wood from an original 1904 building on the property. Binswanger is proud to be a partner of UGI Energy Services.