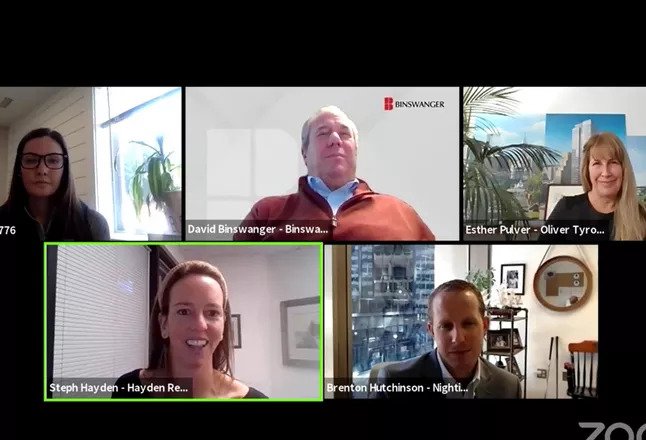 Employers Craving A Return To The Office Could Give Workers Leverage

Since the past year has proved to many workers that they don’t need the office as much as they might have originally thought, getting those workers to come back will be about making them want to do so.

“It’ll always be the intent of any company to keep its employees happy and attract new talent, and now that employees see more of a choice in where they can work, companies need to incorporate that into keeping their employees happy,” Oliver Tyrone Pulver Vice President Esther Pulver said at Bisnow’s Reopening The Workplace digital summit on March 3.

Panelists during the summit agreed that while the last 12 months have proved for many companies that work can get done from home, the dynamism and innovation that companies crave to fuel their growth have not survived the forced shift to remote work. Building and maintaining a company’s culture, fostering collaboration and mentorship — elements that companies emphasize when recruiting new talent — have not translated nearly as well as mere productivity.

“A year into it, it’s clear that all that’s happening is keeping the ship afloat and getting the work done,” Parkway Corp. Senior Vice President Brian Berson said. “And I think people are ready to do more than that; to strive and improve.”

Many companies have conducted surveys of their employees over the past six months to attempt to gain some sense of how remote work was affecting them, as well as what lessons can be applied to long-term planning, Binswanger CEO David Binswanger said. That respondents were both confident in their ability to work from home and aware of the missed opportunities for advancement was a telling juxtaposition.

Though workers are eager to return to the office in some form once they feel safe enough, the stress and sacrifices that so many of them suffered through could make them less willing to simply comply with a return-to-work order, Nightingale Properties Senior Vice President of Property Management Brenton Hutchinson said.

“Business leaders don’t want to ruffle feathers of their staff that have been productive over the last year and maybe had an experience where a family member was impacted by Covid-19,” Hutchinson said.

Since so many employers spent the years before the coronavirus pandemic adding amenities to their offices to fight for talent, there may not be a bell or whistle they can add to entice their workers back. Some physical elements, like touchless elevators and bathrooms, could marginally improve matters, but to design a more welcoming office could come down to facilitating and emphasizing the parts of the job that can’t be replicated at home.

Though it may seem paradoxical considering the lingering aversion to gathering in large groups, more collaborative and communal spaces may be in demand for companies that want to make their offices more like “hubs” where employees meet and interact. If fewer of a company’s workers express interest in frequent office work, then placing smaller, lower-cost “spokes” in flexible office spaces nearer to where clusters of employees live would also be warranted, as multiple panelists agreed will be a common scenario.

“What is the purpose of having your office?” Formcraft Design Principal Jeremy Drummond said. “The things we’re lacking at home are connectivity, mentorship, human connection and culture. I heard a [client] reference the office as a cultural hub. As a workplace, it’s amenity-centric and really supports an activity-based environment.”

Bending more to the wants and needs of workers can have benefits for employers as well, and not just in competing for talent. More flexibility with work scheduling and location has the potential to address the droves of women dropping out of the workforce due to increased childcare demands. As schools become more in-person, parents could have the opportunity to set new patterns, create more work-life balance and — who knows — even lead to more gender equity in the workplace.

“Until Covid, I’ve said that my daughter can only do ballet classes after 6 because there’s no one to take her [before then],” Center City District Vice President Prema Gupta said. “And now, I feel comfortable saying she can have classes whenever, which may be because I’m relatively senior at my company, but at this point, I’m comfortable leaving early to take my child to class, knowing I can do certain work from anywhere.

“I think that additional flexibility is really going to be beneficial for folks with caretaking responsibilities.”