Deals & Dealmakers: Behind the scenes of the AstraZeneca building sale in Boulder Behind the scenes of AstraZeneca Boulder facility sale

The sale late last month of the Boulder manufacturing facility formerly occupied by pharmaceutical company AstraZeneca represented the culmination of a roughly year-long process to select a buyer for the site.

AGC Biologics, the bioscience branch of AGC Inc., a Japanese multinational manufacturing company formerly known as Asahi Glass Co., purchased the property. The company is planning to invest $100 million to transform the site into a new manufacturing facility, according to the Colorado Office of Economic Development and International Trade and previous Denver Business Journal reporting.

Binswanger, a Philadelphia-based commercial real estate firm, represented AstraZeneca in the marketing and sale of the property. Binswanger also effectively served as transaction broker, since AGC Biologics was self-represented.

Eric Dienstbach, a Colorado-based partner and senior vice president for Binswanger’s western region, served as lead broker on the deal. Binswanger has a history with the property — the firm represented former owner Amgen Inc. when AstraZeneca purchased the facility from Amgen in 2015. 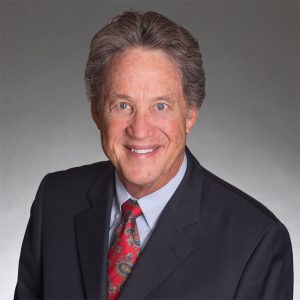 Eric Dienstbach, a partner and senior vice president for Binswanger’s western region, was the lead broker representing AstraZeneca in the sale of the company’s former Boulder manufacturing facility

That background, as well as a familiarity with the biopharmaceuticals industry, helped Binswager secure the listing when AstraZeneca was looking to sell the building, Dienstbach said.

The search for a buyer began in March 2019, shortly after AstraZeneca shuttered the facility to consolidate operations in Maryland. The company also closed a manufacturing plant in Longmont, laying off 210 workers in total.

Binswanger began reaching out to biopharma contacts, both nationally and internationally, to solicit interest in the property. Within 60 days, they had an offer, Dienstbach said. But interest wasn’t limited to that industry.

“There were actually some Colorado developers who wanted that property pretty badly,” Dienstbach said, noting the relative lack of properties of this size available for purchase in Boulder.

The Binswanger team compiled a list of roughly two dozen interested buyers and began narrowing it down to focus on companies interested in using the facility’s equipment.

“We looked at it as a real estate transaction that, for certain buyers, would have a much higher value if they could use the equipment that was already in place,” Dienstbach said.

AGC had already purchased a former Amgen facility in Washington state that Binswanger had been marketing. Now they were looking internationally for another expansion property. The timing worked out, Dienstbach said.

But other global conditions were not as favorable. The start of the due diligence process coincided with the outbreak of the coronavirus in Colorado. Dienstbach and others involved in the deal worried that employees who were necessary to get the deal done — surveyors, consultants — wouldn’t be able to do their jobs due to government restrictions to slow the spread of the virus.

Parties were making preparations in case the deal was delayed. But the buyer and seller agreed to conduct meetings by videoconference and telephone, and third parties were able to conduct the necessary due diligence as “essential” businesses.

“Actually, we anticipated more problems than there were,” Dienstbach said.

Public records show the property sold for $39.74 million. But Dienstbach said that number accounts for only part of the total amount AGC paid for the facility, since state-of-the-art equipment was also included in the deal. Dienstbach declined to provide the total sale price.